Following signature in Q4 2018 between Marguerite and OX2 of an agreement for the 100% acquisition of Brännliden, its construction and operations, the wind farm has reached commercial operation date. The expected average production is approximately 160 GWh per year.

“This investment follows our renewable strategy to focus on low-subsidy projects with highly competitive LCOE. Achieving COD is an important milestone, and we look forward to our ongoing collaboration with OX2 during operations”, stated William Pierson, Managing Partner at Marguerite.

“The cooperation with Marguerite has worked very well. Reaching COD for this project is once again a proof of OX2’s core strength and focus to contribute to the transition. We have now generated more than 2,3 GW wind power in Europe”, added Paul Stormoen, CEO of OX2.

“Brännliden offers an outstanding wind resource and, at an average wind speed of over 8 m/s at hub height, the site represents one of the best onshore wind power locations in the Nordics. Project development was initiated by OX2 in 2013, and we are pleased to see operation now commence and are looking forward to managing the wind farm for many years to come”, said Lars Bryngelsson, CEO OX2 TCM.

OX2 built the Brännliden wind farm under an EPC contract and will now be responsible for the technical and commercial management of the wind farm. Turbine provider Vestas will be the O&M contractor under a 25-year agreement. Chosen wind turbines are Vestas V136 4.2MW. 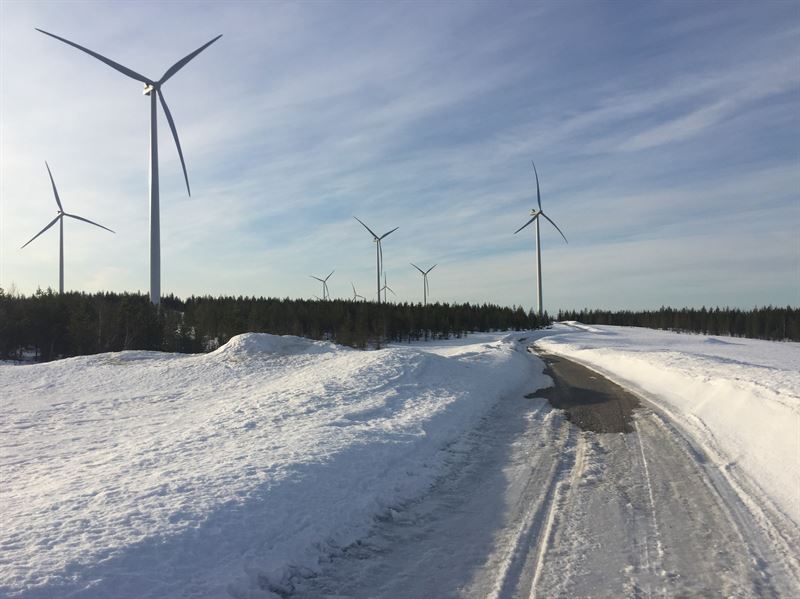 OX2
OX2 develops, builds and manages renewable power generation. OX2 has taken a leading position in large-scale onshore wind power over the past 15 years, having generated more than 2,3 GW of wind power in the Nordic region. By constantly increasing access to renewable energy, OX2 is promoting the transition towards a more sustainable future. OX2 has operations in Sweden, Norway, Finland, Poland, Lithuania and France. Its head office is located in Stockholm, Sweden. Sales revenue in 2019 amounted to EUR 463 million. For more information, please visit: www.ox2.com

OX2 applies for a permit to construct the Galatea-Galene offshore wind farm in the Kattegat, Sweden